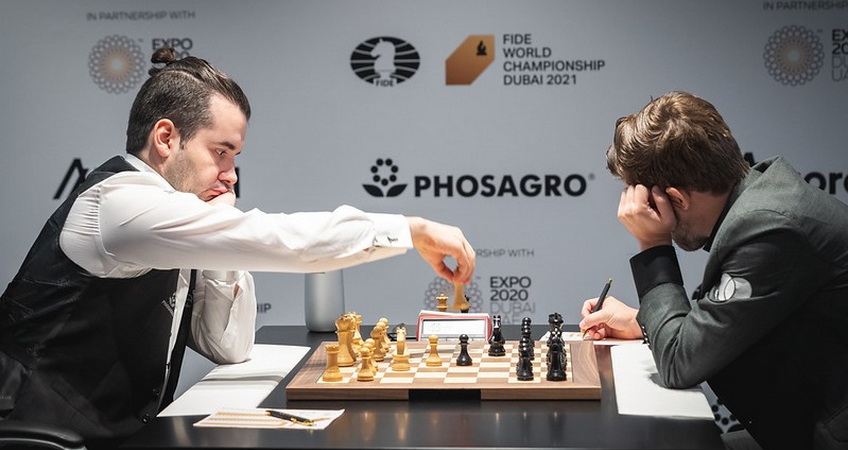 FERTILIZERS AND CHESS – IS THERE A RELATIONSHIP BETWEEN THEM? THE CASE OF PhosAgro

Until 10 years ago none. The marketing department of a fertilizer producer could hardly find a connection with chess to increase its sales. No one Marketing plan can support a satisfactory ROI (Return On Investment). After all, customers, companies, or farmers do not play chess, as various studies show!

Fortunately, however, there is a Branding Office, where some pioneers can see a connection to TRIBES. Groups of people who love an activity, they are obsessed, they are aware of every detail, and they act accordingly. That is where the people of PhosAgro AG targeted, since the Chess Tribe and Culture is huge in Russia and has risen rapidly worldwide in the last two years with the contribution “The Queen’s Gambit” series.

The reigning World Chess Champion Magnus Carlsen (Norway) and the winner of the Candidates Tournament in 2020/21 Ian Nepomniashchii (Russia) where PhosAgro is a strategic partner of the Russian grandmaster are currently competing for the world title in Dubai (the score up to now is 5-3 to Carlsen).

PhosAgro is a vertically integrated Russian company and one of the world’s leading phosphate-based fertilizer producers The company has been a permanent strategic partner of the Russian Chess Federation since 2010. Over the years, young chess players of Russia have won more than 100 medals in international children’s competitions. Russian grandmasters became world champions in blitz, rapid chess (twice), vice-champions of the world (twice) and three times – winners of the World Cup and won two online Olympiads.

The company is a strategic partner of International Chess Federation (FIDE) and has already sponsored matches for the world chess crown in 2014 in Sochi, in 2016 in New York and in 2018 in London.

Chess has a long history and heritage in Russia!#CarlsenNepo pic.twitter.com/qcspib6GpG

Of course, in branding you must SERVE the Tribe before you start asking for something.

“PhosAgro has been helping the development of chess in Russia for many years and has set itself the goal of returning the chess crown to its homeland. Consequently, it is important for us to create the most comfortable conditions for Ian in order to prepare for the final match. Either way we will see a great competition between the brightest minds on the planet,” said Andrey Guryev, vice-president of the Chess Federation of Russia and PhosAgro AG CEO.

Finally, sponsorship is not a matter of

Marketing but BRANDING and HERITAGE

TROPOS Branding is proud member of the DKG Group