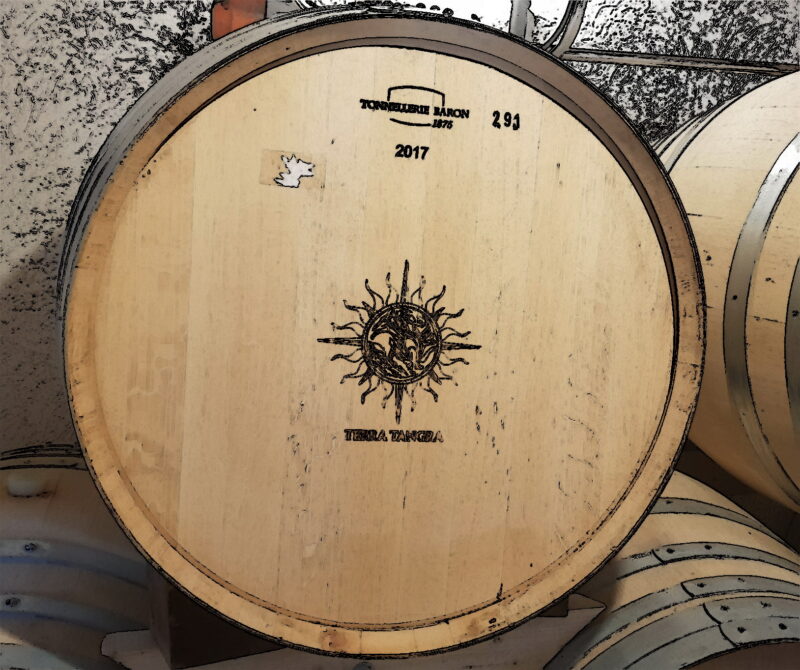 Recently we visited Terra Tangra Winery premises at Harmanli, Bulgaria. We tasted some of their wines and asked Mr. Dimo Hadjiev – a wine professional – to explain us their philosophy. He replied the following:

Tamianka is a local Bulgarian wine grape variety which give you the full attraction of the white wines. It has a tender nose of rose but not heavy, also delicate. When you taste it you can feel it in your mouth. This white delicate rose and white flowers define …TAMIANKA.

According to TERRA TANGRA philosophy the ROSE must be Clear, Pure, Fresh, Easy to be understood, Delicate and very close to the taste of the consumer.

Not heavy, not difficult to be understood, not complicated at all”

BONUS: How to open a bottle of wine with glass cap?

TERRA TANGRA Winery was established early 2000s. Its 300 Ha vineyards are located on the south-western slopes of the Sakar mountain/. more info : www.terratangra.com

The industry was liberated from government monopoly and a process of privatization of wine cellars and wine factories in the country followed, which caused great concussions, dismissals of employees, as well as in some cases closures and destructions.

In 1991, agricultural lands were returned to their pre-1944 owners or their heirs, which led to vineyards being owed by a number of different heirs, posing significant barriers to potential investors. Additionally, wine producers faced the problem of controlling the quality of the purchased grapes. The high demand for raw material every autumn artificially escalated its price, and the most common practice was to harvest before the grapes are ready, leading to a decade during which Bulgarian wines had a distinct ‘green’ accent in their taste and aroma and lost most of their clients and markets.

However, the situation improved in 2000-with Bulgaria’s membership in agricultural funds and programs such as SAPARD (Special Accession Programme for Agriculture and Rural Development) and PHARE, many foreign investors managed to put their projects for modern wineries and cellars into reality. This gradually started to change the overall picture of the Bulgarian wine industry and small, medium and large, perfectly constructed and well-equipped new wineries, appeared in each viticultural region of the country for only several years.

TROPOS Branding is proud member of the DKG Group